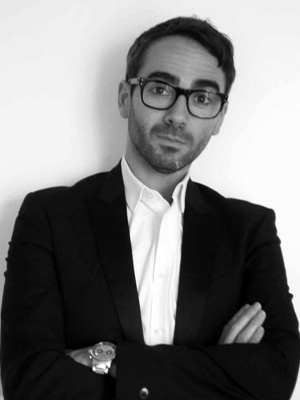 Carlos Moïta is majored in art history at the Sorbonne ( Paris) and the Institute of Higher Studies Arts (IESA – Paris).

Since 2005, he presents his selection of objects and furniture of the twentieth and twenty-first century .

He found works by artists of the twentieth century who marked their period: Jacques Adnet, Gino Sarfatti, Maison Jansen, Arteluce … And looks at the twenty-first century and the work of the American artist CK Wilde. He have a look on the arts of fire at the potters in Vallauris: Suzanne Ramie, Jacques Innocenti, Jean Derval Alexander Kostanda … Passionate by the english arts and crafts  and European Art Nouveau, he presents works by WAS Benson, G. Serrurier – Bovy, the Wiener Werkstätte …